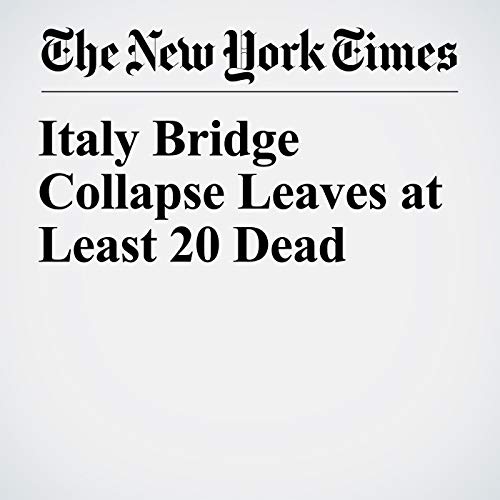 ROME — A highway bridge in the heart of Genoa collapsed Tuesday, killing at least 20 people as it dropped dozens of vehicles, and tons of concrete and steel, onto buildings, streets and railroad tracks below, in a disaster that raised concerns about the state of Italy’s aging infrastructure.

"Italy Bridge Collapse Leaves at Least 20 Dead" is from the August 14, 2018 World section of The New York Times. It was written by Elisabetta Povoledo and Richard Pérez Peña and narrated by Keith Sellon-Wright.