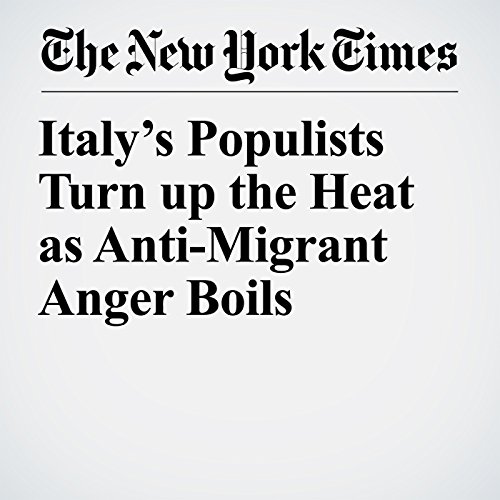 The far-right extremist who wounded six African immigrants in a racially motivated shooting rampage in central Italy this weekend was a one-time candidate for municipal office who had kept a copy of Mein Kampf and Celtic crosses in his home. Photographs show he had a neo-Nazi tattoo on his face and, at the moment of his arrest, had an Italian flag draped over his shoulders as he performed a fascist salute.

"Italy’s Populists Turn up the Heat as Anti-Migrant Anger Boils" is from the February 05, 2018 World section of The New York Times. It was written by Jason Horowitz and narrated by Keith Sellon-Wright.