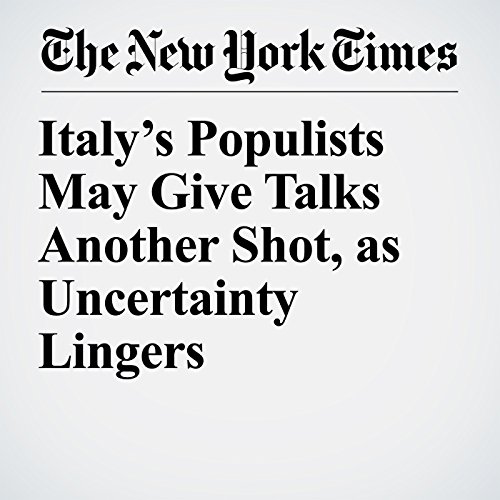 ROME — If at first, or second, you don’t succeed, try, try, try again. That was the lesson from Italy’s populist parties Wednesday. After the collapse of their attempt to form a government earlier this week, they were back at the drawing board, and on the campaign trail, giving it another go.

"Italy’s Populists May Give Talks Another Shot, as Uncertainty Lingers" is from the May 30, 2018 World section of The New York Times. It was written by Jason Horowitz and narrated by Fleet Cooper.