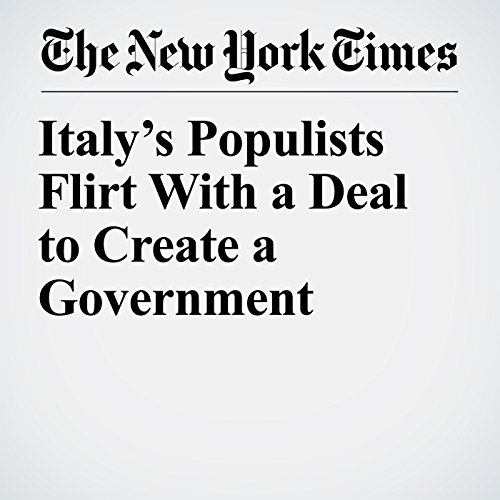 ROME — Will they or won’t they? The once-competing populist and anti-establishment parties that won the most votes in Italy’s elections two months ago joined forces in recent days, seemingly close to ending a deadlock. On Monday, they met separately with the Italian president, and expectations were high that the country might have a new government.

"Italy’s Populists Flirt With a Deal to Create a Government" is from the May 14, 2018 World section of The New York Times. It was written by Jason Horowitz and narrated by Keith Sellon-Wright.