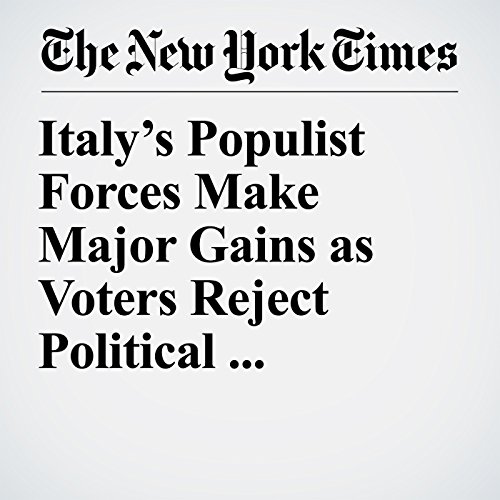 ROME — Italians registered their dismay with the European political establishment on Sunday, handing a majority of votes in a national election to hard-right and populist forces that ran a campaign fueled by anti-immigrant anger.

"Italy’s Populist Forces Make Major Gains as Voters Reject Political Establishment" is from the March 04, 2018 World section of The New York Times. It was written by Jason Horowitz and narrated by Keith Sellon-Wright.