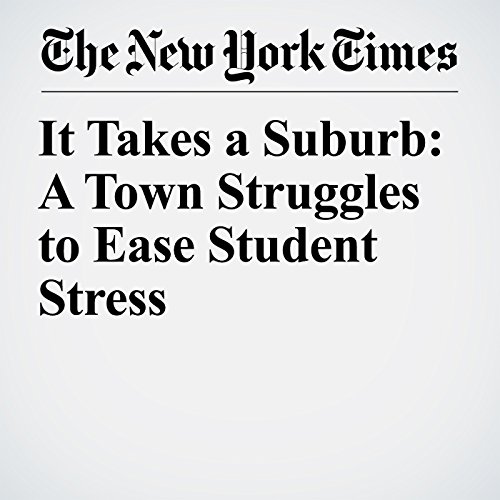 Small rocks from the beaches of eastern Massachusetts began appearing at Lexington High School last fall. They were painted in pastels and inscribed with pithy advice: Be happy. ... Mistakes are OK. ... Don’t worry, it will be over soon. They had appeared almost by magic, boosting spirits and spreading calm at a public high school known for its sleep-deprived student body.

"It Takes a Suburb: A Town Struggles to Ease Student Stress" is from the April 07, 2017 U.S. section of The New York Times. It was written by Kyle Spencer and narrated by Caroline Miller.