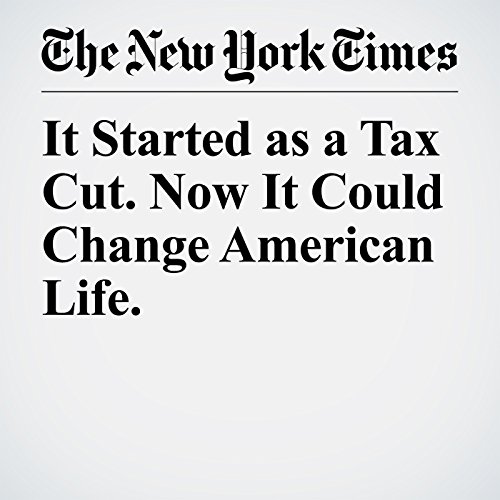 It Started as a Tax Cut. Now It Could Change American Life.

The tax plan has been marketed by President Donald Trump and Republican leaders as a straightforward if enormous rebate for the masses, a $1.5 trillion package of cuts to spur hiring and economic growth. But as the bill has been rushed through Congress with scant debate, its far broader ramifications have come into focus, revealing a catchall legislative creation that could reshape major areas of American life, from education to health care.

"It Started as a Tax Cut. Now It Could Change American Life." is from the November 30, 2017 Business section of The New York Times. It was written by Peter S. Goodman and Patricia Cohen and narrated by Kristi Burns.