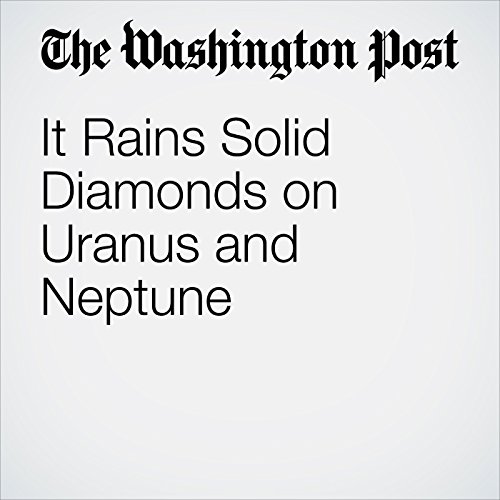 The gems form in the hydrocarbon-rich oceans of slush that swath the gas giants' solid cores. Scientists have long speculated that the extreme pressures in this region might split those molecules into atoms of hydrogen and carbon, the latter of which then crystallize to form diamonds. These diamonds were thought to sink like rain through the ocean until they hit the solid core.

"It Rains Solid Diamonds on Uranus and Neptune" is from the August 25, 2017 Speaking of Science section of The Washington Post. It was written by Sarah Kaplan and narrated by Jenny Hoops.