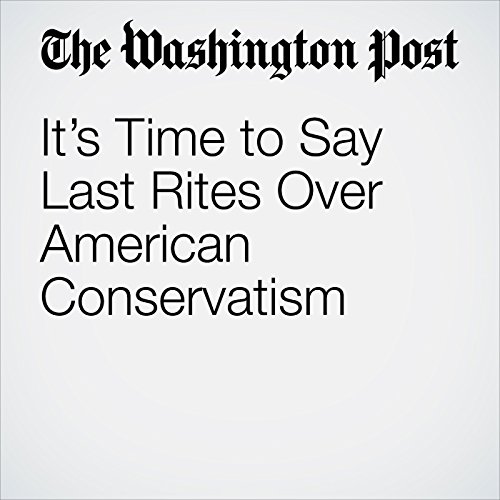 It is time to read last rites over the American conservative movement. After years of drifting steadily toward extreme positions, conservatism is dead, replaced by a far right that has the Republican Party under its thumb.

"It’s Time to Say Last Rites Over American Conservatism" is from the February 25, 2018 Opinion section of The Washington Post. It was written by E. J. Dionne Jr. and narrated by Sam Scholl.