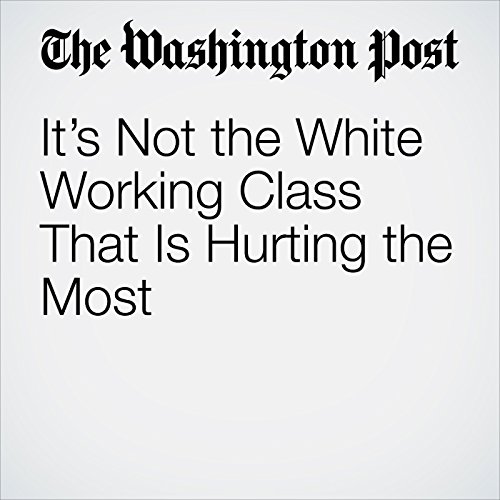 The focus makes sense: President-elect Donald Trump was lifted into office by white adults over 25 without a four-year degree, who favored him by a margin of 39 percentage points. Their economic frustration and suffering are real, and white working-class America is a large group – 42 percent of the country.

"It’s Not the White Working Class That Is Hurting the Most" is from the January 12, 2017 Business section of The Washington Post. It was written by Ana Swanson and narrated by Sam Scholl.