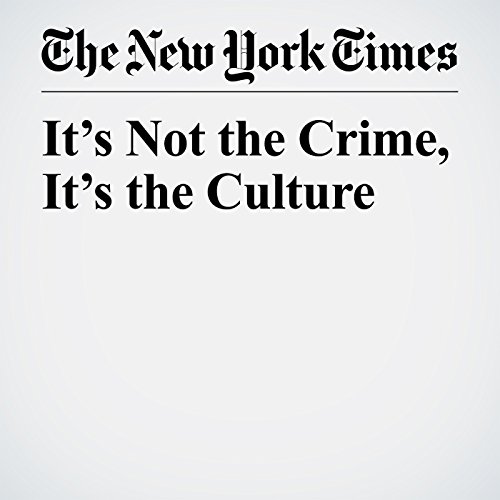 The first important part of James Comey’s testimony was that he cast some doubt on reports that there was widespread communication between the Russians and the Trump campaign. That was the suspicion that set off this whole chain of events and the possibility that could have quickly brought about impeachment proceedings.

"It’s Not the Crime, It’s the Culture" is from the June 09, 2017 Opinion section of The New York Times. It was written by David Brooks and narrated by Barbara Benjamin-Creel.