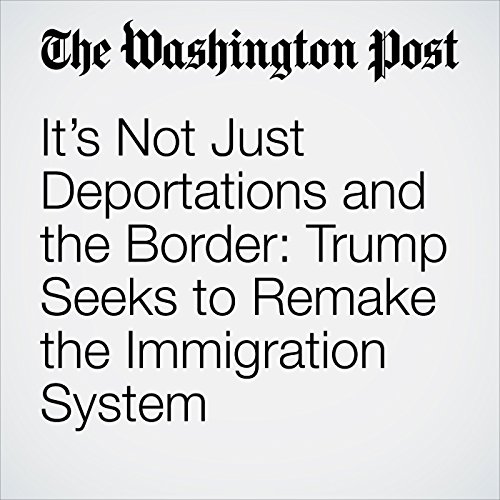 But the move reflects the underlying aims of Trump and his top aides to more broadly remake U.S. immigration policy to match a nationalist ideology that views large numbers of foreigners as harmful to U.S. society

"It’s Not Just Deportations and the Border: Trump Seeks to Remake the Immigration System" is from the March 06, 2017 Politics section of The Washington Post. It was written by David Nakamura and narrated by Jenny Hoops.