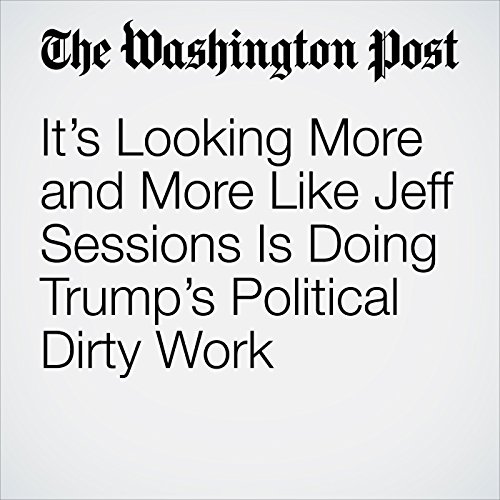 The defining moment of Jeff Sessions's time as attorney general has been when he recused himself from oversight of the Russia investigation. That quickly led to the appointment of special counsel Robert S. Mueller III, who is now extensively probing President Trump. And by all accounts, it seriously strained Sessions's relationship with Trump, who thinks Sessions should be protecting him and doing his bidding.

"It’s Looking More and More Like Jeff Sessions Is Doing Trump’s Political Dirty Work" is from the January 23, 2018 Politics section of The Washington Post. It was written by Aaron Blake and narrated by Sam Scholl.