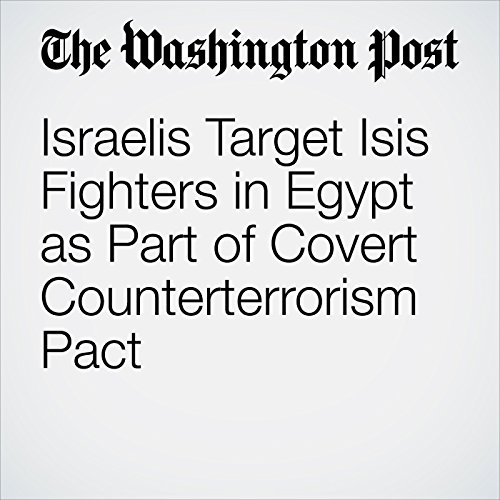 Unmarked Israeli warplanes and helicopters have carried out dozens of covert attacks against the Islamic State and other terrorist groups inside the Egyptian Sinai in recent years, said two former senior U.S. officials.

"Israelis Target Isis Fighters in Egypt as Part of Covert Counterterrorism Pact" is from the February 03, 2018 National section of The Washington Post. It was written by Greg Jaffe and narrated by Sam Scholl.