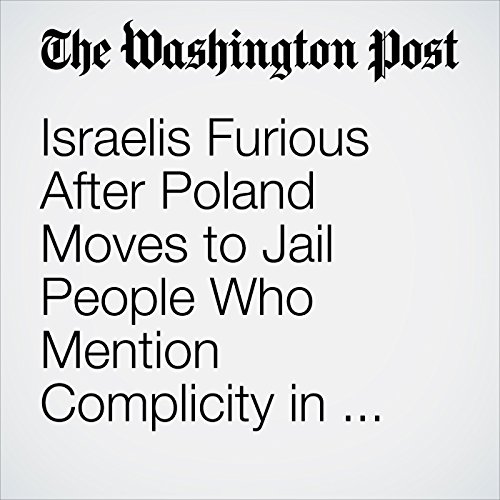 JERUASALEM -- A diplomatic crisis between Israel and Poland appeared to be deepening on Sunday as Poland’s deputy chief of mission, Piotr Kozłowski, was summoned to Israel's Ministry of Foreign Affairs in Jerusalem over a law approved by the Polish parliament making it a criminal offence to mention Polish complicity in crimes committed during the Holocaust.

"Israelis Furious After Poland Moves to Jail People Who Mention Complicity in the Holocaust" is from the January 28, 2018 World section of The Washington Post. It was written by Ruth Eglash and Avi Selk and narrated by Sam Scholl.