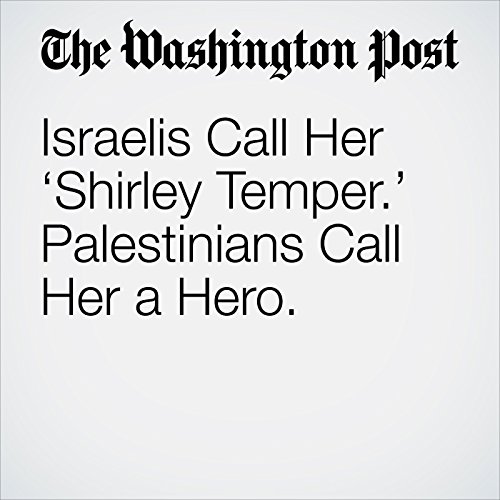 Israelis call her ‘Shirley Temper’ and say she epitomizes ‘Pallywood,’ or Palestinian propaganda attempts to discredit Israel. Palestinians call her a hero, for fearlessly standing up to those who enforce the Israeli occupation of their land and those who terrorize her village.

"Israelis Call Her ‘Shirley Temper.’ Palestinians Call Her a Hero." is from the December 19, 2017 World section of The Washington Post. It was written by Ruth Eglash and narrated by Sam Scholl.