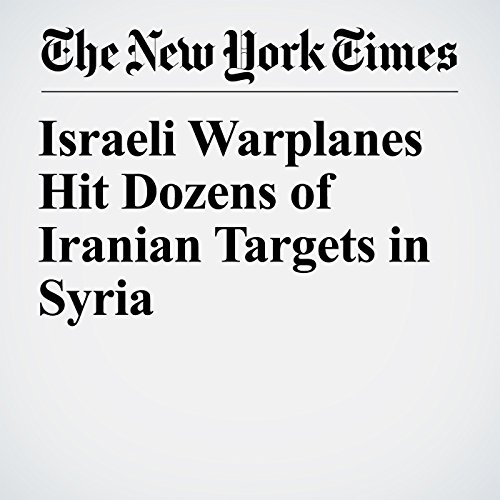 JERUSALEM — Israeli fighter jets struck dozens of Iranian targets in Syria overnight, Israeli officials said, following soon after what the Israeli military described as an unsuccessful Iranian rocket attack against its forces in the Golan Heights.

"Israeli Warplanes Hit Dozens of Iranian Targets in Syria" is from the May 10, 2018 World section of The New York Times. It was written by Isabel Kershner and narrated by Kristi Burns.