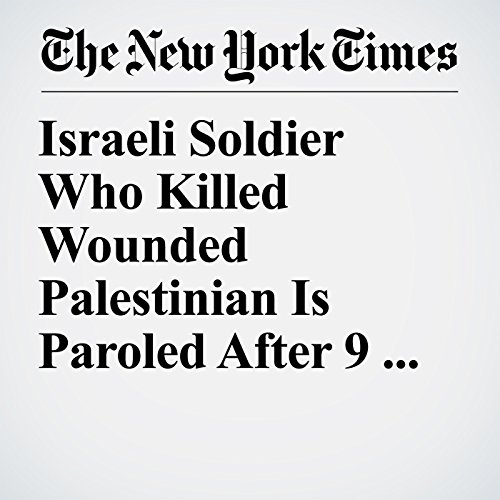 JERUSALEM — An Israeli soldier who fatally shot a Palestinian assailant who was already severely wounded and lying on the ground was released Tuesday after serving nine months in prison, closing a case that polarized Israelis and thrust the military, a revered institution in Israel, into the heart of an anguished public debate.

"Israeli Soldier Who Killed Wounded Palestinian Is Paroled After 9 Months" is from the May 08, 2018 World section of The New York Times. It was written by Isabel Kershner and narrated by Keith Sellon-Wright.