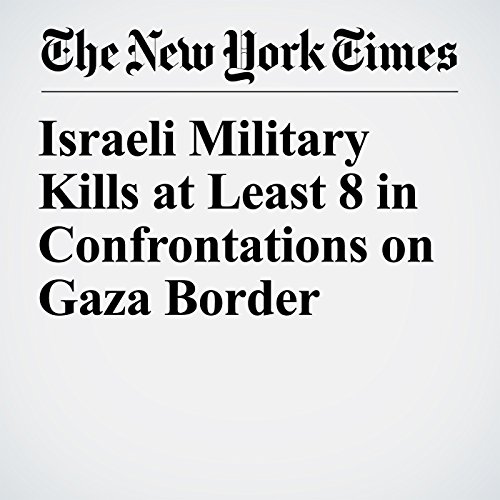 Israeli Military Kills at Least 8 in Confrontations on Gaza Border

JERUSALEM — What was billed as a six-week campaign of peaceful protests in Gaza, culminating in a mass march toward Israel, descended almost immediately into chaos and bloodshed Friday, with at least eight Palestinians reported killed by Israeli soldiers in confrontations along the border fence.

"Israeli Military Kills at Least 8 in Confrontations on Gaza Border" is from the March 30, 2018 World section of The New York Times. It was written by Isabel Kershner, Iyad Abuheweila and narrated by Barbara Benjamin-Creel.