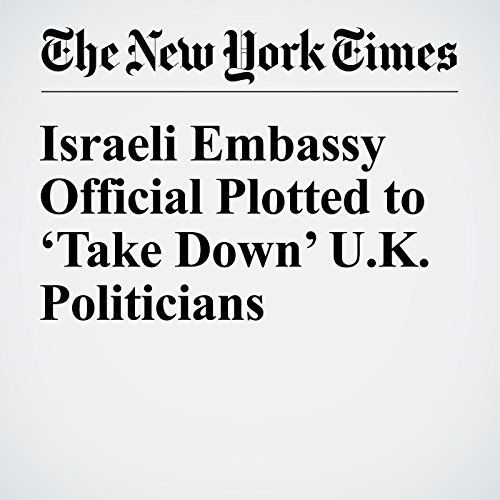 In a deeply embarrassing episode revealed on Sunday, a senior employee of the Israeli Embassy in Britain was recorded plotting to “take down” senior British politicians critical of Israel and calling Foreign Secretary Boris Johnson “an idiot” who “has become minister of foreign affairs without any responsibilities.”

"Israeli Embassy Official Plotted to ‘Take Down’ U.K. Politicians" is from the January 08, 2017 World section of The New York Times. It was written by Steven Erlanger and narrated by Fleet Cooper.