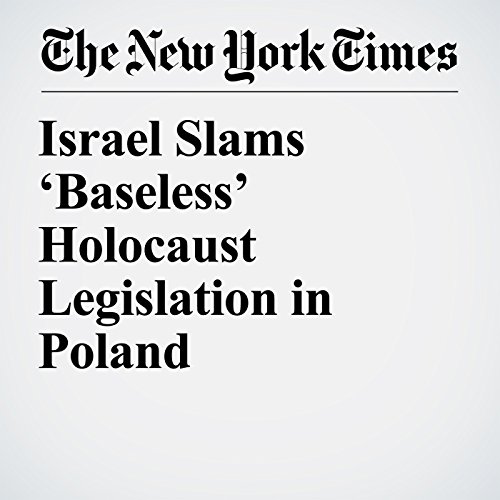 JERUSALEM — Legislation in Poland that would outlaw blaming Poles for the crimes of the Holocaust has prompted swift and furious condemnation from Prime Minister Benjamin Netanyahu of Israel and Israeli lawmakers across the political spectrum.

"Israel Slams ‘Baseless’ Holocaust Legislation in Poland" is from the January 27, 2018 World section of The New York Times. It was written by Isabel Kershner and narrated by Keith Sellon-Wright.