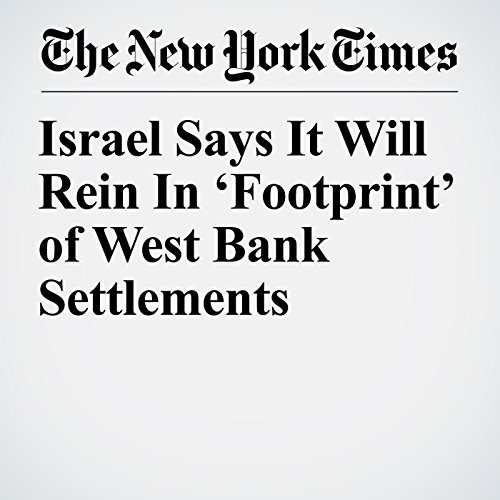 A day after approving the construction of a new settlement in the West Bank for the first time in more than 20 years, Israel announced a new, if ambiguous, settlement policy on Friday “out of consideration for the positions of President Trump” and, it said, to enable progress in the peace process with Palestinians.

"Israel Says It Will Rein In ‘Footprint’ of West Bank Settlements" is from the March 31, 2017 World section of The New York Times. It was written by Isabel Kershner and narrated by Mike DelGaudio.