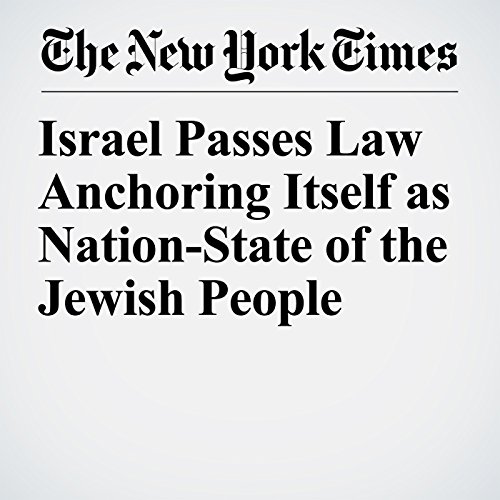 After a decade of political wrangling and hours of impassioned debate, Parliament on Thursday passed a contentious basic law that in effect enshrines Israel as the Jewish nation state, a move hailed by supporters as “historic” and denounced by detractors as discriminatory, racist and a blow to democracy.

"Israel Passes Law Anchoring Itself as Nation-State of the Jewish People" is from the July 19, 2018 World section of The New York Times. It was written by Isabel Kershner and narrated by Kristi Burns.