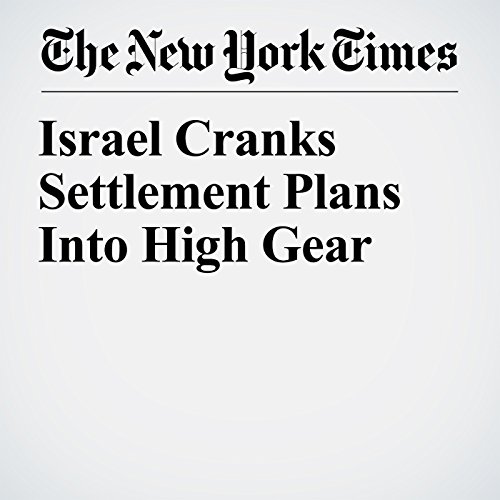 In a major acceleration of new settlement construction plans, Israel has approved thousands more housing units in the occupied West Bank and, for the first time in years, has called for the establishment of an entire new settlement there.

"Israel Cranks Settlement Plans Into High Gear" is from the February 01, 2017 World section of The New York Times. It was written by Ian Fisher and Isabel Kershner and narrated by Caroline Miller.