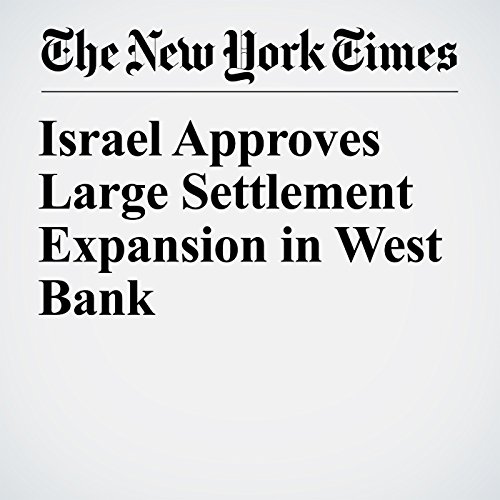 Israel on Tuesday approved the construction of 2,500 housing units for Jews in West Bank settlements, throwing off diplomatic restraint just a few days into the beginning of the Trump administration.

"Israel Approves Large Settlement Expansion in West Bank" is from the January 24, 2017 World section of The New York Times. It was written by Isabel Kershner and narrated by Keith Sellon-Wright.