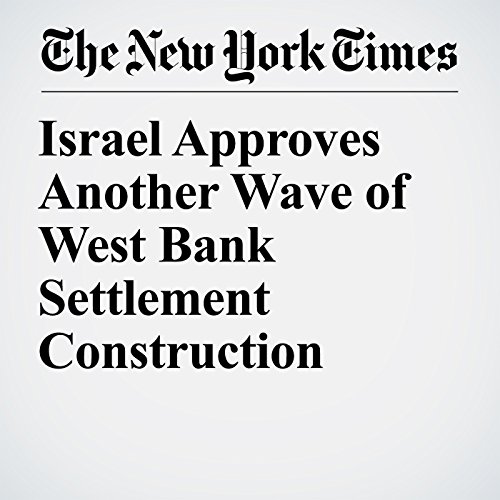 "Israel Approves Another Wave of West Bank Settlement Construction" is from the February 01, 2017 World section of The New York Times. It was written by Ian Fisher and Isabel Kershner and narrated by Keith Sellon-Wright.