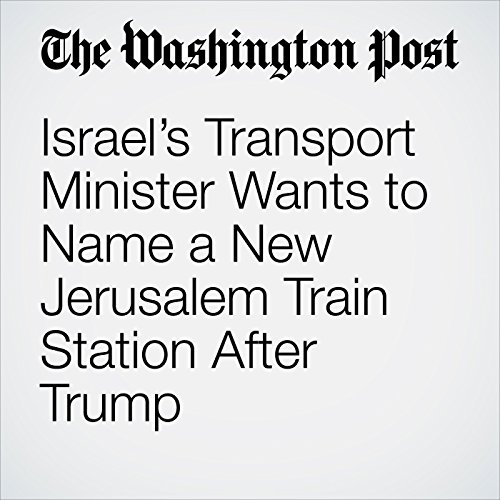 Israel’s minister of transportation wants to name a new train station set to be built in the next few years in Jerusalem after President Trump.And it’s not just any station. If all goes according to plan, the station will sit close to the Western Wall and ferry the faithful — and about 11 million tourists a year — to one of Judaism’s holiest sites in the disputed Old City.

"Israel’s Transport Minister Wants to Name a New Jerusalem Train Station After Trump" is from the December 27, 2017 World section of The Washington Post. It was written by Ruth Eglash and narrated by Sam Scholl.