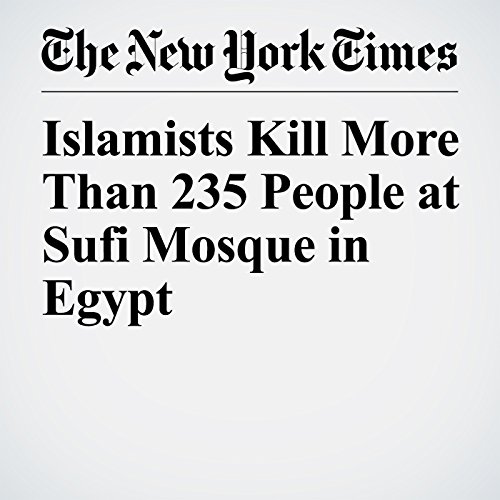 Islamists Kill More Than 235 People at Sufi Mosque in Egypt

Islamist militants detonated explosives and sprayed gunfire at a crowded Sufi mosque near Egypt’s Sinai coast Friday, killing at least 235 people and wounding 109 more, in one of the deadliest attacks on civilians in the country’s modern history.

"Islamists Kill More Than 235 People at Sufi Mosque in Egypt" is from the November 24, 2017 World section of The New York Times. It was written by Declan Walsh and narrated by Archie Montgomery.