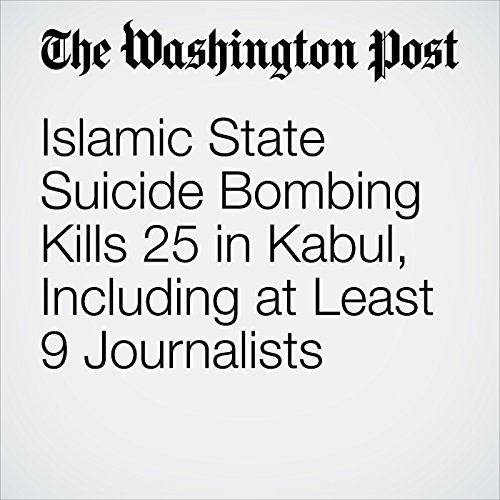 KABUL — Just after 8 a.m. Monday, a familiar boom filled the air and rattled windows across the Afghan capital. Local news photographers, reporters and cameramen grabbed their gear and rushed to cover the latest suicide bombing in a long and bloody conflict. Though never without risk, it was the kind of incident they were used to — and rather competitive about reaching first.

"Islamic State Suicide Bombing Kills 25 in Kabul, Including at Least 9 Journalists" is from the April 30, 2018 World section of The Washington Post. It was written by Pamela Constable and narrated by Sam Scholl.