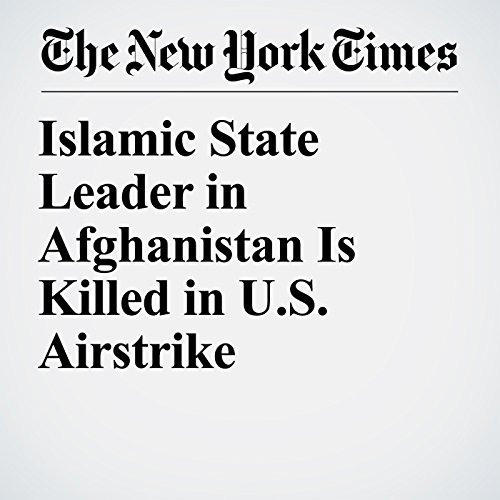 KABUL, Afghanistan — A U.S. airstrike killed the leader of the Islamic State group in northern Afghanistan, the latest in a series of crippling setbacks for the extremist organization in the country, according to U.S. and Afghan officials on Monday.

"Islamic State Leader in Afghanistan Is Killed in U.S. Airstrike" is from the April 09, 2018 World section of The New York Times. It was written by Rod Nordland and Zabihullah Ghazi and narrated by Keith Sellon-Wright.