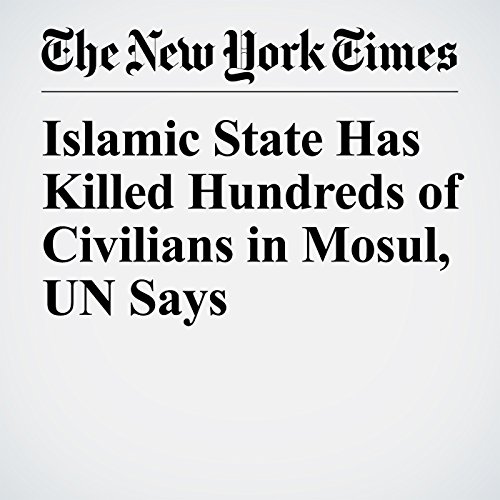 Islamic State fighters shot and killed hundreds of residents in the Iraqi city of Mosul in the past two weeks, the United Nations said Thursday, describing an increasingly desperate drive by the jihadis to prevent civilians from fleeing.