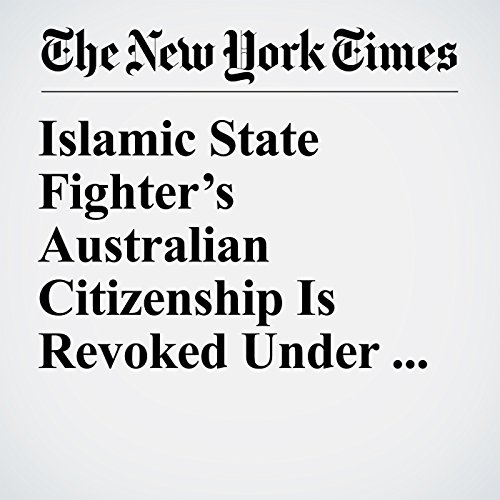 An Islamic State fighter who posted a photo of a beheaded Syrian soldier online has become the first dual national to be stripped of his Australian citizenship under anti-terrorism laws, according to local news reports.

"Islamic State Fighter’s Australian Citizenship Is Revoked Under Anti-Terror Laws" is from the February 13, 2017 World section of The New York Times. It was written by Jacqueline Williams and narrated by Keith Sellon-Wright.