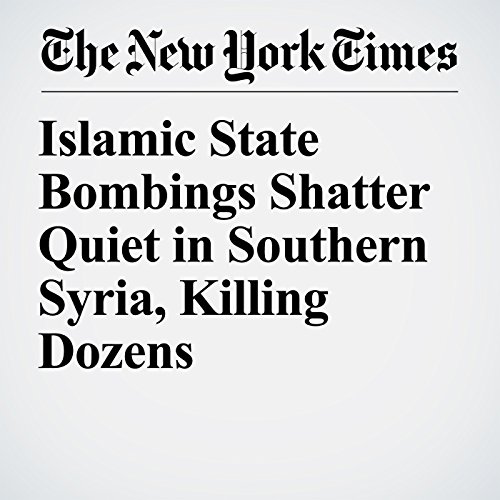 BEIRUT — The jihadis of the Islamic State group launched a series of coordinated attacks in southern Syria on Wednesday, shattering the quiet that had reigned in the area and killing at least 90 people, according to local officials and a war monitor.

"Islamic State Bombings Shatter Quiet in Southern Syria, Killing Dozens" is from the July 25, 2018 World section of The New York Times. It was written by Ben Hubbard and narrated by Kristi Burns.