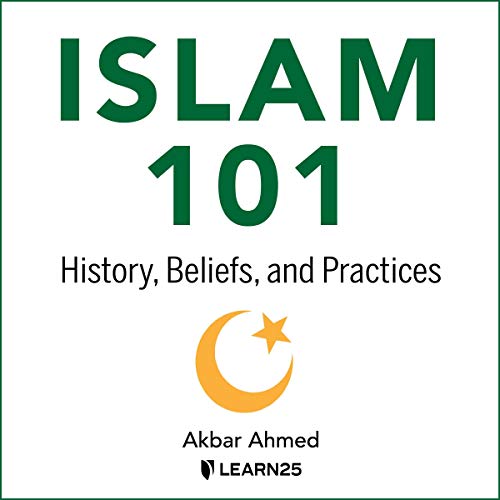 The BBC called him "the world's leading authority on contemporary Islam." Saudi Gazette lauded him as, "Perhaps the most influential living authority on contemporary Muslim societies." Lord George Carey, former Archbishop of Canterbury, describes his as "one of the most distinguished Muslim scholars today." Now you are invited to learn all about Islam from Professor Akbar Ahmed.

In these 12 captivating lectures, you'll explore the life of the Prophet of Islam as well as the Quran's five pillars, which govern the beliefs and behavior of Muslims everywhere. You'll learn how the incredible legacies of the great Ottoman, Safavid, and Mughal empires still influence the Arab world, Iran, and South Asia. You'll also look at Islam in other parts of the world. The current Muslim struggle to preserve tradition in an age of globalization and ethnic and religious strife are examined in detail.

Professor Ahmed explores all these issues with insight and wisdom, penetrating beyond stereotypes to the realities of Islamic life. Offering a message of hope and reconciliation between the Western world and the Islamic world, he leverages the power of dialogue to build bridges across ethnic, religious, and cultural divides.

This lecture series is essential for anyone hoping to learn more about the Islamic world and its people, and to understand the world in which we live. Material in this program was adapted from four books by Dr. Ahmed, including Islam Today: A Short Introduction to the Muslim World and Discovering Islam.

This is a well-organized audio course covering the key aspects of muslim history and beliefs. I appreciated that Prof. Ahmed discussed both the core/common aspects of Islam and the diverse ways these are expressed in different regions. Because of this course, I have a much better context in which to follow current events.