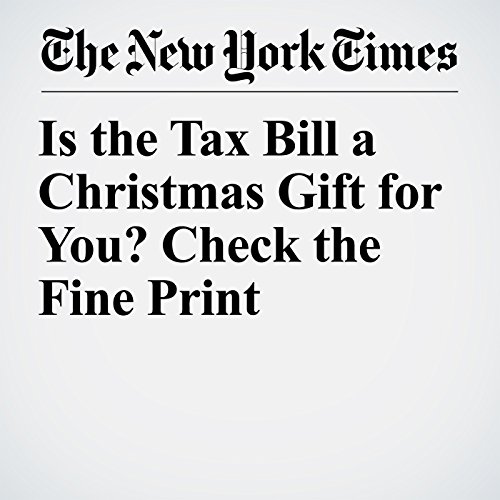 President Donald Trump has called the $1.5 trillion tax cut that Republican lawmakers are on the verge of passing a Christmas present for the entire nation. But the fine print reveals that some will get a much nicer gift than others, the benefits will change over time and some will be left out in the cold.

"Is the Tax Bill a Christmas Gift for You? Check the Fine Print" is from the December 16, 2017 U.S. section of The New York Times. It was written by Jesse Drucker and Alan Rappeport and narrated by Kristi Burns.

Cosa pensano gli ascoltatori di Is the Tax Bill a Christmas Gift for You? Check the Fine Print