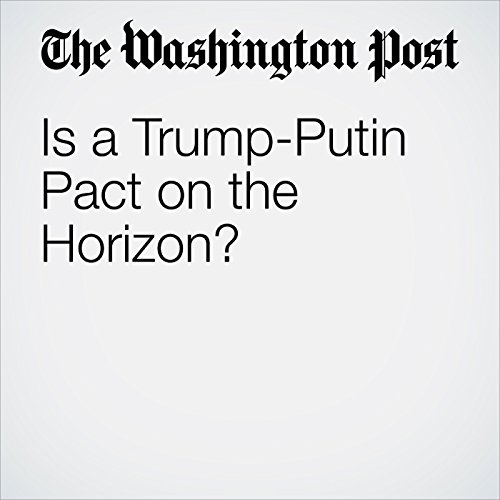 Could there be a Trump-Putin Pact in our future? Could President Donald Trump and Russian President Vladimir Putin, united in their mutual admiration despite ideological differences, enter into a straightforward nonaggression agreement, in which the United States and Russia pledge “to desist from any act of violence, any aggressive action and any attack on each other, either individually or jointly with other powers”?

"Is a Trump-Putin Pact on the Horizon?" is from the December 30, 2016 Opinion section of The Washington Post. It was written by Colbert I. King and narrated by Sam Scholl.

Cosa pensano gli ascoltatori di Is a Trump-Putin Pact on the Horizon?