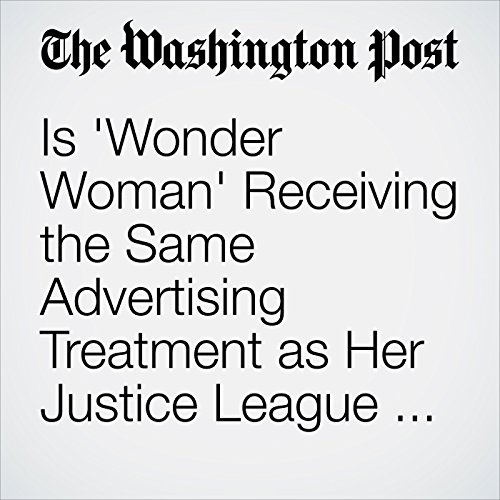 With exactly one month to go before “Wonder Woman’s” June 2 release, Warner Bros. and DC Entertainment should be keenly aware of how important this franchise is to the future of DC’s solo superhero films; that should be apparent in future advertising on television and online.

"Is 'Wonder Woman' Receiving the Same Advertising Treatment as Her Justice League Peers?" is from the May 02, 2017 Lifestyle section of The Washington Post. It was written by David Betancourt and narrated by Sam Scholl.