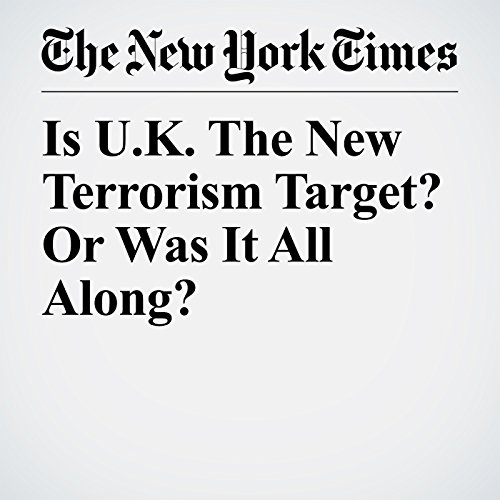 Now that Britain has suffered a third terrorist attack in three months, some have expressed shock and puzzlement at what appears to be a sudden campaign against the country. Why Britain? Why now?

"Is U.K. The New Terrorism Target? Or Was It All Along?" is from the June 05, 2017 World section of The New York Times. It was written by Katrin Bennhold and narrated by Keith Sellon-Wright.

Cosa pensano gli ascoltatori di Is U.K. The New Terrorism Target? Or Was It All Along?