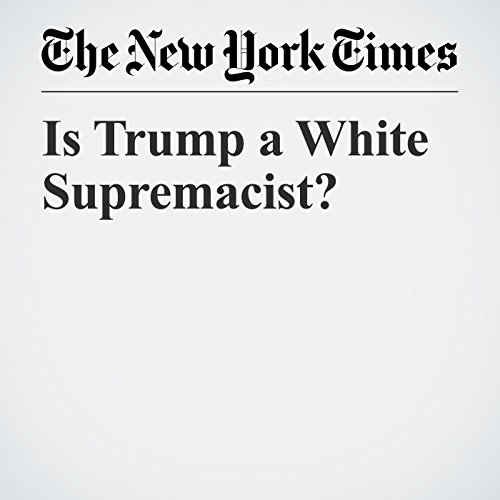 That was only one in a string a tweets on Sept. 11 by ESPN host Jemele Hill in which Hill goes on to say that Trump is “the most ignorant, offensive president of my lifetime,” that he hired and courted white supremacists, that “His rise is a direct result of white supremacy,” that “if he were not white, he never would have been elected.” Hill insinuates that the Republican Party “has done nothing but endorse/promote white supremacy.”

"Is Trump a White Supremacist?" is from the September 17, 2017 Opinion section of The New York Times. It was written by Charles M. Blow and narrated by Kristi Burns.