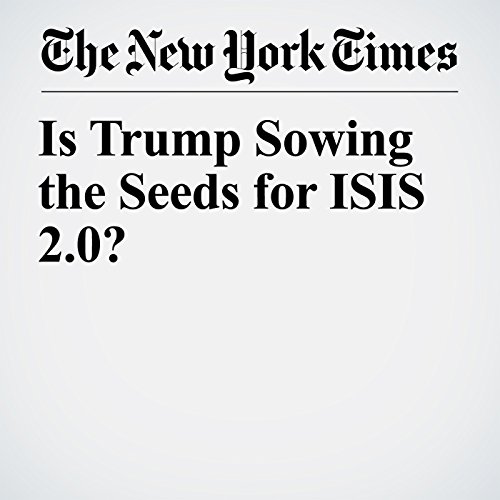 A few weeks ago, a Syrian friend of mine, Kassem Eid, came to talk to the class I teach at Columbia. Kassem comes from Moadhamiyeh, a suburb of Damascus that had been besieged, starved and bombed. One August morning in 2013, he woke early for his morning prayers. As he tried to go back to sleep, he heard air raid sirens. Then he heard his roommates screaming — they were being attacked with chemical weapons.

"Is Trump Sowing the Seeds for ISIS 2.0?" is from the April 09, 2018 Opinion section of The New York Times. It was written by Janine Di Giovanni and narrated by Keith Sellon-Wright.