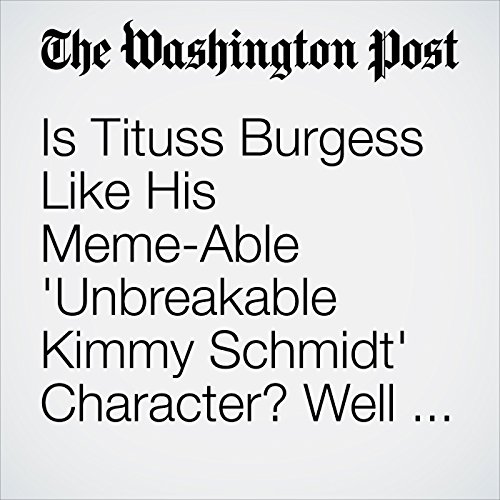 The character, an actor with a voice from the heavens and a wardrobe from a costume shop’s clearance aisle, once sung in the streets of New York in a frilly yellow dress like Beyoncé, and used a house cat in his audition for “The Lion King.”

"Is Tituss Burgess Like His Meme-Able 'Unbreakable Kimmy Schmidt' Character? Well, Yes and No." is from the July 19, 2017 Style section of The Washington Post. It was written by Lavanya Ramanathan and narrated by Sam Scholl.