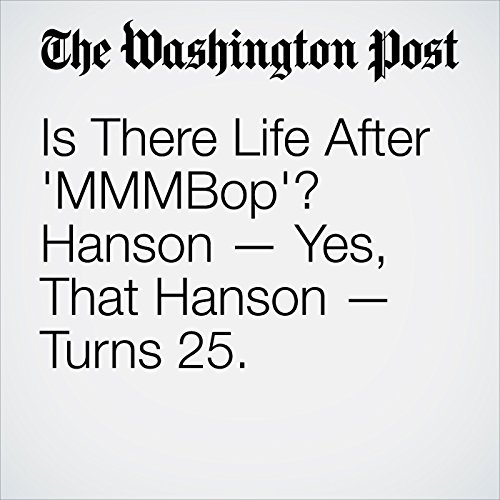 One day, during a recent rehearsal with his brothers, Zachary Hanson used the “F” word. This, in itself, should not be notable. Hanson has four children. He drives a pickup. He recently shed 35 pounds with Lose It! And lots of people use the “F” word.

"Is There Life After 'MMMBop'? Hanson — Yes, That Hanson — Turns 25." is from the August 30, 2017 Music section of The Washington Post. It was written by Geoff Edgers and narrated by Jenny Hoops.