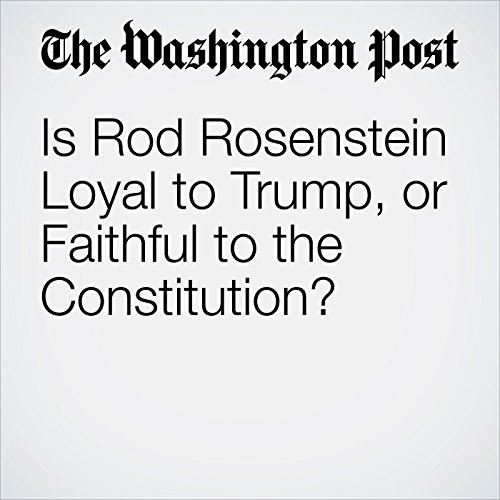 Deputy Attorney General Rod J. Rosenstein seems a particularly sharp example of the tricky ethical choices facing many in the Trump administration and the murky moral waters in which they swim. Rosenstein, it would appear, is willing to make certain compromises to please his boss. He wrote the memo severely criticizing then-FBI Director James B. Comey. When the Trump administration used it as justification for Comey’s firing, there were reports that Rosenstein threatened to quit, reports that Rosenstein denied publicly.

"Is Rod Rosenstein Loyal to Trump, or Faithful to the Constitution?" is from the February 01, 2018 Opinion section of The Washington Post. It was written by Carter Eskew and narrated by Sam Scholl.

Cosa pensano gli ascoltatori di Is Rod Rosenstein Loyal to Trump, or Faithful to the Constitution?