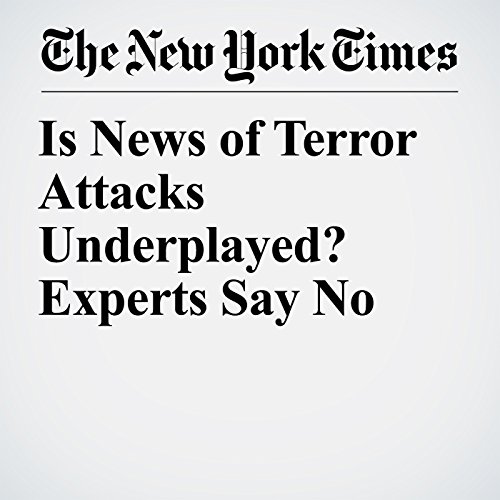 Other experts said Trump’s claim had less to do with the facts about terrorism coverage than with the new administration’s political goals, notably defending his executive order that temporarily bans refugees and visitors from some Muslim countries.

"Is News of Terror Attacks Underplayed? Experts Say No" is from the February 07, 2017 World section of The New York Times. It was written by Scott Shane and narrated by Caroline Miller.