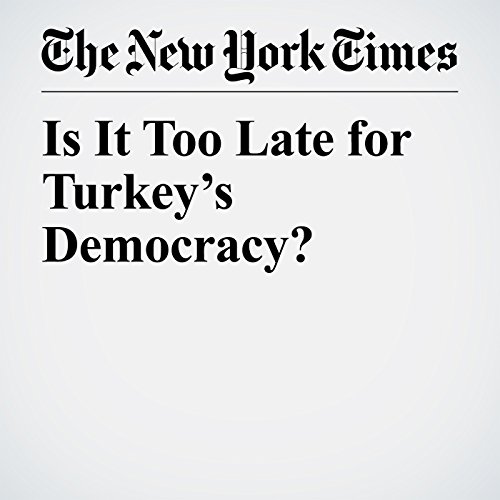 Representative democracy has never come easily for Turkey. Founded in 1923, the Turkish republic did not hold its first multiparty elections until 1946. Few Turkish governments since have run the country effectively; none has truly adhered to the rule of law. The military has contributed to Turkey’s democratic deficit.

"Is It Too Late for Turkey’s Democracy?" is from the April 12, 2017 Opinion section of The New York Times. It was written by Elmira Bayrasli and narrated by Caroline Miller.

Cosa pensano gli ascoltatori di Is It Too Late for Turkey’s Democracy?