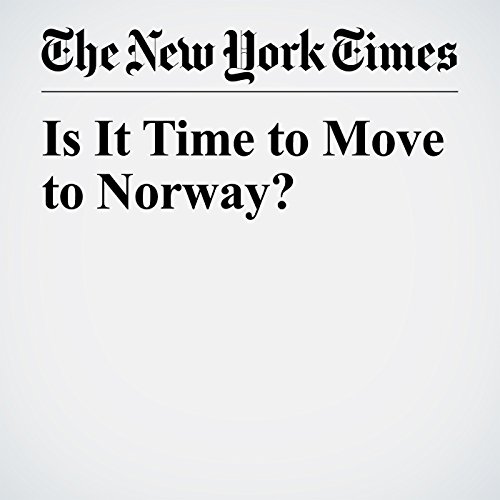 Whenever a Republican gets elected president, it is a standard reflex for die-hard liberals and progressives to wring their hands and moan about moving to Canada or Europe.For those of us who have lived abroad — when I was 19, I moved with my girlfriend to her grandmother’s house in Norway, fleeing my father’s bankruptcy and my own economic struggles — migratory thoughts are a cozy daydream, fueled by nostalgia and idealism, but no more than that.

"Is It Time to Move to Norway?" is from the May 13, 2017 Opinion section of The New York Times. It was written by Lee Siegel and narrated by Kristi Burns.

Cosa pensano gli ascoltatori di Is It Time to Move to Norway?