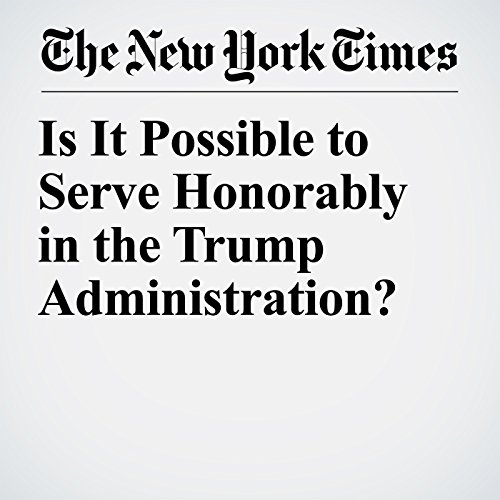 Is there a duty, even for those who fear how President Trump governs, to serve in the administration? The debate, which began after Mr. Trump’s election, has often been revisited during his presidency, most recently when Rachel Brand resigned this month as associate attorney general. She said that she did it solely to take a “dream job” as Walmart’s top lawyer, but it’s easy to imagine that she also left because of the stress of serving in the Trump administration’s Justice Department.

"Is It Possible to Serve Honorably in the Trump Administration?" is from the February 21, 2018 Opinion section of The New York Times. It was written by Daniel Byman and narrated by Kristi Burns.

Cosa pensano gli ascoltatori di Is It Possible to Serve Honorably in the Trump Administration?