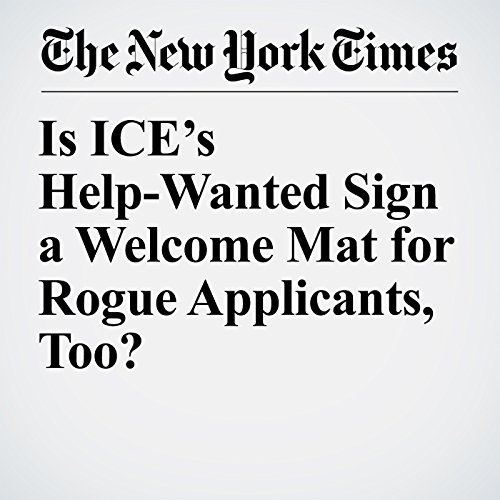 President Donald Trump has vowed a hiring surge of 10,000 immigration and customs officers to accelerate the deportation of unauthorized immigrants. But the aggressive pace he has laid out risks adding to the ranks of rogue agents who have been charged with abusing immigrants.

"Is ICE’s Help-Wanted Sign a Welcome Mat for Rogue Applicants, Too?" is from the March 12, 2017 U.S. section of The New York Times. It was written by Ron Nixon and narrated by Barbara Benjamin-Creel.