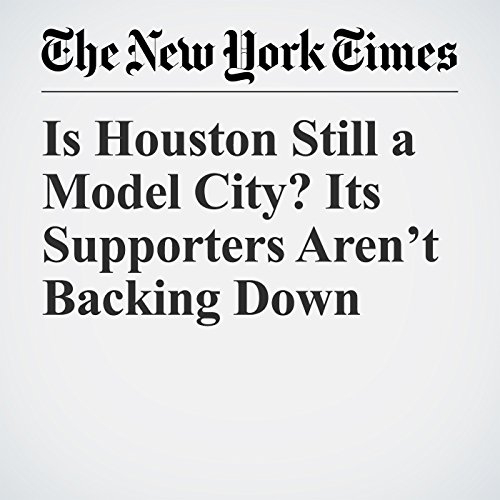 “Houston reaffirms people’s pre-existing biases about how cities should be built,” said William Fulton, a longtime former planner and mayor in California who now directs the Kinder Institute for Urban Research at Rice University in Houston.

"Is Houston Still a Model City? Its Supporters Aren’t Backing Down" is from the September 04, 2017 Business section of The New York Times. It was written by Emily Badger and narrated by Kristi Burns.