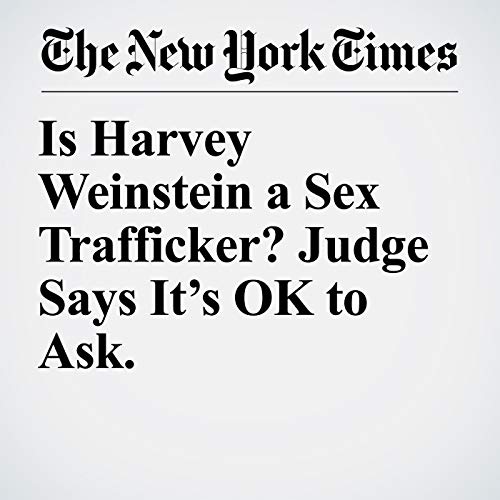 NEW YORK — In a novel decision that could pave the way for other lawsuits, a judge ruled Tuesday that Harvey Weinstein can be sued for violating a federal sex-trafficking statute by a young actress who claims he coerced her to engage in sex acts with him in exchange for a false promise of a movie role.

"Is Harvey Weinstein a Sex Trafficker? Judge Says It’s OK to Ask." is from the August 15, 2018 U.S. section of The New York Times. It was written by Jan Ransom and narrated by Keith Sellon-Wright.